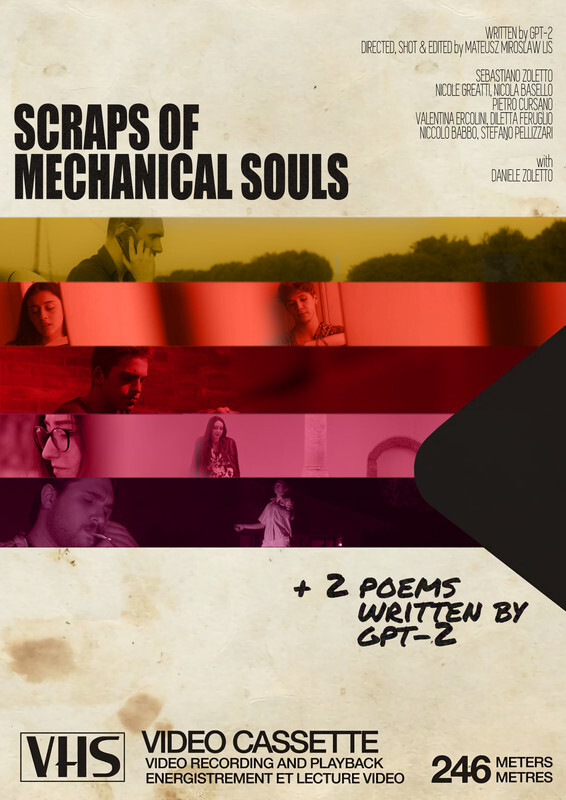 These are exclusive NFTs of scenes from the script of Scraps of Mechanical Souls, a ground-breaking short film written using AI technology. Buyers will own an unrepeatable part of movie history, as this is the first AI-written film to be officially released as an NFT.

The film is the latest work from Mateusz Miroslaw Lis, who is studying Information Engineering at the University of Padua. His studies focus on the ever-evolving Artificial Intelligence technology, and their potential uses in artistic-expressive fields. Cinema has since become his favorite laboratory for combining film and computer technology.

The film tells five stories, in which "Ernest struggles to maintain a balance between work and personal life; Molly and Leopold discuss literature against the background of the sea; Thomas finds the courage to confess his feelings; Maya and Zoe wonder about love; Wilhelm and Friedrich quote Nietzsche in the light of a bonfire.”